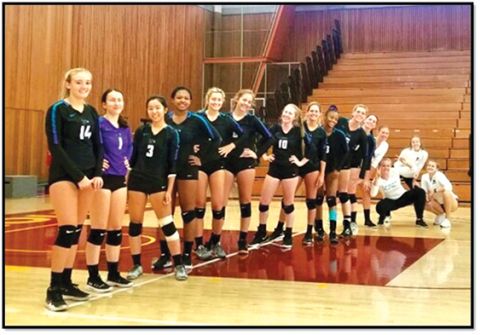 FOLSOM, CA (MPG) - The Falcons women’s volleyball traveled to Salinas on Saturday for the Hartnell Tournament and came home with two victories, winning 3-1 over host Hartnell and 3-0 over College of Sequoias.  The Falcons won the hard-fought opener against Hartnell with scores of 25-22, 25-21, 22-25, 25-19.  Freshman hitter Julin Kenison led the team with 16 kills and 15 digs, sophomore Kaitlin Bullock added 8 kills and had 16 digs, and sophomore setter Kennedy Crawford provided 35 assists while adding 5 kills and 9 digs.

In their second match of the day, the Falcons took three straight from Sequoias by scores of 25-20, 25-17, and 25-21.  This time it was Kaitlin Bullock with 13 kills and 9 digs, while sophomore defensive specialist Madisen Pearce led the team with 13 digs.

The Falcons’ next matches will be on Wednesday, September 11 when they travel to Saratoga for the West Valley College Tournament.