USI Insurance Services Employees Give Back in Rancho Cordova 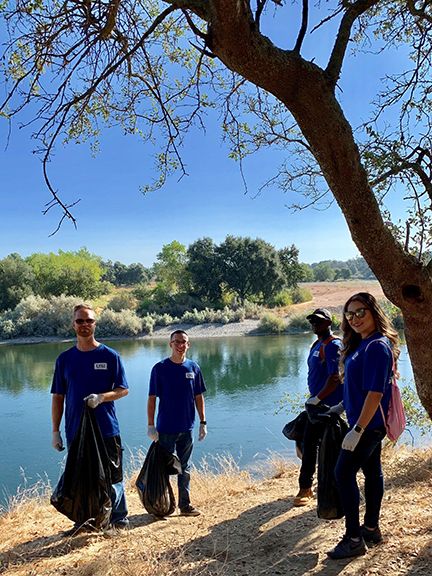 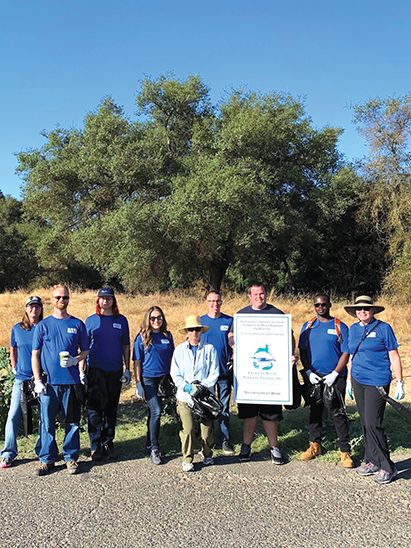 To keep the river trails looking pristine, the American River Parkway Foundation guides volunteers along the many pathways of the river system to remove non-native plant species and clean up the trash. Photo courtesy City of Rancho Cordova

RANCHO CORDOVA, CA (MPG) - With sun shining off the rippling blue-green river, tranquil songs of the many birds making homes in the majestic native trees overhead, and the relaxing feel of sandy pathways that widen into substantial beaches where families and friends find respite from the heat of the summer, the American River Parkway is a wonderful place for stimulating the senses and a true jewel of this region.

Attracting large numbers of nature-seekers in need of fun and relaxation, the parkway sees heavy use and the ensuing “recreational trash” left by visitors. Yet for the most part, the eastern portion of the parkway stays pristine thanks to the hard work of many community members.

To keep the river trails looking pristine, the American River Parkway Foundation guides volunteers along the many pathways of the river system to remove non-native plant species and clean up the trash. On August 20th, they led a group of energetic volunteers with USI Insurance Services on a trail cleanup near the El Manto River Access in Rancho Cordova.

USI employees were thrilled to enjoy a day on the river while serving the community and spoke highly of how the City engages with the businesses in the community. This was the fifth time over the past two years USI Insurance Services provided community service in Rancho Cordova. Other businesses, such as Dignity Health and VSP Global, have also participated in the City of Rancho Cordova’s Volunteer Program, which serves as a matchmaker between community organizations and groups that would like to give back.

If you are interested in volunteering to make an impact in your community, please reach out to Matt Buland at the City of Rancho Cordova at 916.851.8761 or mbuland@cityofranchocordova.org.