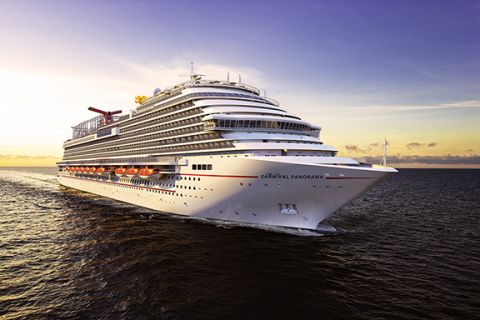 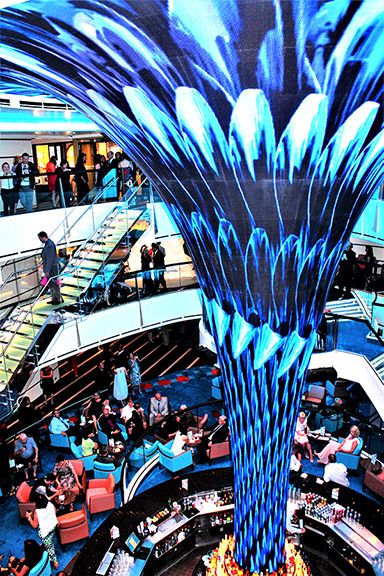 Sacramento cruisers, you might want to look into those non-stop flights from SMF to Long Beach because this fall you’re going to want to say “ahoy” to the Carnival Panorama. Come early December, the new 4,000-passenger ship will replace the 3,100-passenger Carnival Splendor, which was built a decade ago at the same Italian shipyard where the unfinished Panorama is now.

Exchanging a 10-year-old European import for the latest model straight off the assembly line is rare for a market used to having older ships homeported here. In fact, 21 years and five class generations have passed since Carnival delivered a new ship to our Pacific shores – the Finnish-built Carnival Elation that is about half the capacity and interior space of the new vessel earmarked for Long Beach.

As the still-active Elation did when it first arrived, the Panorama will take fun-seeking passengers on 7-day sails to the Mexican Riviera, but not before making a special 3-day maiden voyage to Ensenada on Dec. 11. The Splendor will have bid adios by then. Once the largest ship in the fleet, the Splendor will end her run of weekly jaunts to Cabo San Lucas, Puerto Vallarta and Mazatlán on Oct. 5, the same day she embarks on a 24-day repositioning voyage to Singapore for a new life based in Australia. So that regional cruisers aren’t left hanging, the Carnival Miracle will make five week-long roundtrips south of the border from Oct. 12 to Nov. 23 before the Panorama makes her grand and historic debut.

Just months away from a sea test at the Fincantieri shipyard near Venice, Italy, the Panorama is the third vessel in Carnival’s Vista Class, following the 2-year-old Carnival Vista and 10-month-old Carnival Horizon. It will not only be Carnival’s largest ship – by a few tons and a few people at capacity – but the largest year-round ship ever based in Southern California. Long Beach Cruise Terminal will be her home, sharing Pier H with Carnival’s short-itinerary Imagination and Inspiration through at least May 2021.

For Carnival, vying for dominance in California with Princess, Norwegian and Holland America, homeporting a new ship in Long Beach is just the – pardon the inappropriate choice of idiom – tip of the iceberg in the company’s latest investment in the West Coast market.

“There’s a level of value seeking and sophistication shared by people who cruise out of Long Beach, so it makes good business sense to offer a brand-new ship for 7-day cruises and two fully refurbished older ships for shorter sails,” said Lee Mason, cruise director of the Splendor. “Carnival is strengthening its position in California with the Panorama and many other ways, including an upgraded port.

Gearing up for the Panorama’s debut, Carnival more than doubled space for embarking and disembarking passengers at its unique geodesic dome-shaped facility next to the permanently docked RMS Queen Mary. The dome, originally built to house Howard Hughes’ Spruce Goose seaplane, is now all Carnival’s thanks to the multimillion-dollar expansion opened to much fanfare last February. Southlanders now have another gateway to Hawaii and the Panama Canal with Carnival’s announcement that the 2,124-passenger Miracle, the ship that the Splendor replaced for longer Mexican Riviera cruises out of Long Beach a year ago, will sail to those destinations and Mexico from San Diego – ending a seven-year absence there – starting in December. The Miracle will have a second California home starting next year. From March 2020 through winter 2021, the ship will migrate between San Diego and San Francisco, a new port for the 47-year-old cruise line, offering voyages to Mexico, Alaska and Hawaii out of the busiest cruise terminal in the Bay Area.

The first voyages related to all these West Coast-datelined announcements don’t set sail until late fall, but because bookings are underway, so is the marketing around Carnival’s growth in the Golden State. The company’s first float in the Tournament of Roses Parade on New Year’s Day featured a 55-foot-long replica of the 1,055-foot Panorama, complete with working trampolines for reasons to be explained later. The year-old Carnival AirShip soared over major California metropolises, including Sacramento, throughout January.

These promotions and the strength of a reinforced fleet have Carnival feeling ship-shape to bolster its presence in the Golden State.

“Carnival has been operating from Southern California for decades, and it’s one of our most popular and important markets, accounting for 600,000 guests a year,” said Carnival spokesman Vance Gulliksen. “The fact that we’re deploying a brand-new ship and launching new programs in San Diego and San Francisco speaks volumes about our confidence in the future of California cruising.”

Out with the Old, In with the New

When Capt. Carlo Queirolo and his crew of nearly 1,400 travel the 10,759 nautical miles from Marghera, Italy to the Port of Long Beach, crossing six seas, two oceans, the Strait of Gibraltar and the Panama Canal to get here, they will bring with them 133,500 tons of cruise innovation. Some will be of the likes never before seen on the West Coast and one so completely new to ocean travel, passengers will be jumping up and down with delight.

The first trampoline park at sea will feature a 12-lane court also used for playing bouncy basketball and dodgeball. Partnering with Sky Zone, a Los Angeles-based chain of indoor family centers, Carnival is replacing space occupied by a three-deck IMAX Theater, also a maritime first, on the two existing Vista Class ships. An up-charge, Panorama’s Sky Zone Park also will be fitted with such physical challenges as a rock-climbing wall and oversized, stackable soft blocks for toddlers.

Ways to work off the buffet without paying extra money include the Vista Class-exclusive SkyRide, an outdoor, self-peddled roller-coaster bike ride; the SkyCourse ropes circuit; and a massive water park with two distinctly different waterslides.

Digging into the food a bit more, the Panorama has something the Splendor doesn’t: Guy’s Burger Joint. The 5- to 10-pound weight gain generally accepted as average for a 7-day cruise can easily be attributed to this poolside eatery overseen by celebrity chef Guy Fieri. Try the Pig Patty or Chilius Maximus with extra Donkey Sauce and dare prove otherwise. Adding to the guilty pleasure is it’s included in the fare, unlike Johnny Rocket’s on Royal Caribbean ships. Other food bars and restaurants feature Mexican, deli, sushi, teppanyaki, barbecue, beachy comfort seafood and 24-hour pizza. Also onboard are an elegant steakhouse, Italian trattoria and two main dining rooms.

The Panorama will have three more bars and lounges than the Splendor, including the exotic and intimate Havana Bar which, found only on Vista Class ships and Carnival Sunshine, pours Cuban-style cocktails and coffee with Latin dance music to match after sunset. As for the ship’s other 24 watering holes, worth noting for martini aficionados is the Alchemy Bar, and for beer lovers there’s Guy's Pig & Anchor Bar-B-Que Smokehouse and Brewhouse. Yep, the ship has a brewery.

Where you sleep it off can also be a bit different with Vista Class. Among the 34 grades of cabins is an exclusive Havana section with tropics-inspired staterooms for guests 12 and older. Located near the Havana Bar (of course), this area offers a members-only pool by day and cabanas with hammocks. Also new is the all-ages, nautical-themed Family Harbor area that provides a hangout with large TVs and complimentary breakfast and snacks only for occupants of these 86 staterooms. Cloud 9 Spa cabins have access to private spa facilities. The Panorama will have 1,832 passenger cabins in all.

Unique to Vista Class ships, Panorama’s interior focal point will be a 24-foot-tall, funnel-shaped sculpture called “Dreamscape.” Towering three decks, the artwork’s centerpiece has over 2,000 flexible LED tiles that are customized for the shipboard environment. Each day, technicians program the rotating artwork based on the time of day, cruise port of call or special occasion.

Fares for a 7-day Mexican Riviera cruise on the Panorama this winter start at $529 per person. For further information, visit carnival.com or call 800-764-7419.

David Dickstein is a Gold River resident and accredited by the Society of American Travel Writers. He can be reached at daviddickstein1@gmail.com 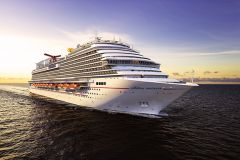 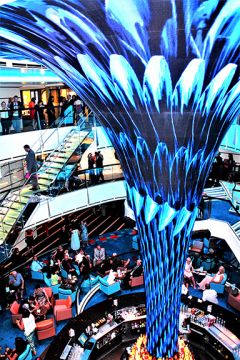 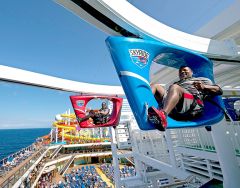 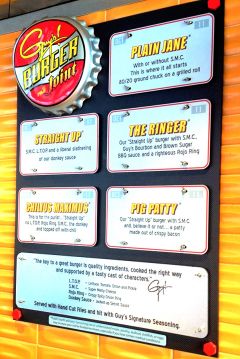